About the Gray Whale Catalogs 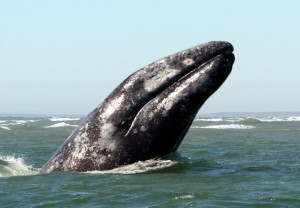 Photographic Identification is one of the most powerful and useful tools used to research and understand gray whales. Fortunately, gray whales have distinctive marking on their skin that change little over time. They do acquire white scars from injuries, barnacles, and killer whale tooth “rake marks” which aid in the identification of individuals.

The re-identification of individual whales over time provides information on the number of times a whale returns to Laguna San Ignacio or Bahía Magdalena, the minimum amount of time it stayed in the lagoon during the winter, its movements, its health and nutritional state, and if compared to photographs taken in other portions of the gray whales’ range we learn about the whale’s movements within the range. By photographing breeding female whales each time they come to Laguna San Ignacio with or without a new calf, we can estimate the “calving interval” or the average number of calves produced each year, which is an important index of reproductive health.

The Laguna San Ignacio Ecosystem Science Program posts on its website Photo-ID catalogs of gray whales from Laguna San Ignacio, Bahía Magdalena and other areas in Baja California to make them available to other gray whale researchers for comparison with photographs taken at their research sites. If you believe you have a photograph that matches a whale in our catalogs, please go to the “Contact Us” page on our website and send us an email. We will be able to confirm the match and provide information on the specific whale.

About the Bottlenose Dolphin Catalogs 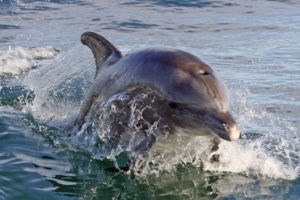 LSIESP researchers have compiled a catalog of digital photographs of bottlenose dolphin dorsal fins that were photographed opportunistically in Laguna San Ignacio since 2005. This catalog will serve as the baseline for Bottlenose dolphin research and population evaluation program that will begin in 2017. Gabriela Noemi Salazar Sánchez and Fabian Missael Rodríguez Gonzáles from UABCS will begin their thesis research to document the distribution and abundance of bottlenose dolphins that reside in the Laguna San Ignacio lagoon complex and its estuaries. The new catalog will be shared with Bottlenose dolphin researchers in other areas along the Pacific coast of Baja California and in the United States to better define the range of this species in Mexico.